Danie Ware writes Sardonic Fantasy novels for Titan Books and does marketing, event organisation and social media for Forbidden Planet London. In her toy story, Danie finds that among the branded, pre-packaged consumerism of the toy industry, imagination can often be found in the most unlikely places. 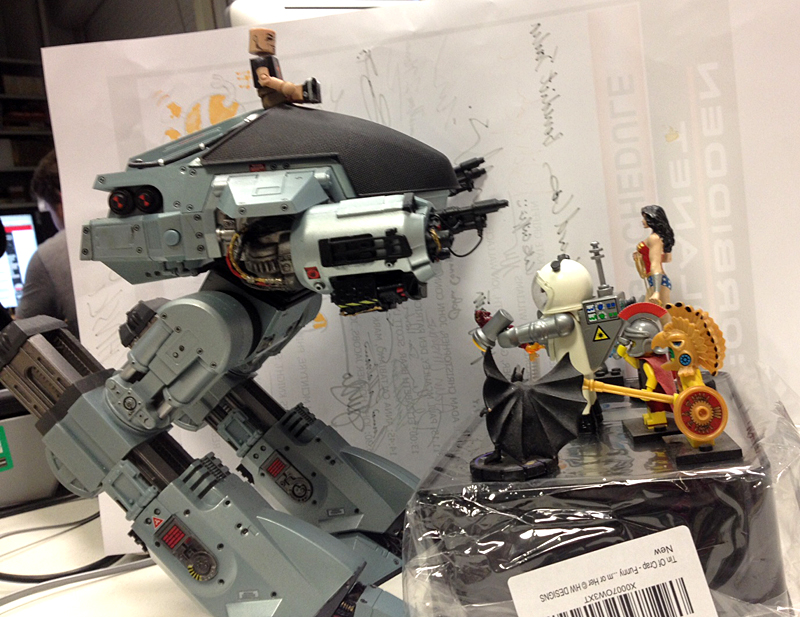 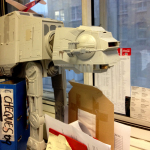 I work surrounded by them. The monitors on my desk are covered with LEGO figures, superheroes, mini-mates, rubber finger-monsters won on the Pier in Brighton. There’s an AT-AT (called Alan) that watches our department from the corner of the office, and a whole flotilla of TARDISES (TARDISI?) that flow through time and deskspace, bringing us the answers to Life, the Universe and Marketing. People Like Us, as Brian Bolland said, work at Forbidden Planet.

And at home, my living room floor is constantly littered with monsters and robots and spaceships. My son fights battles, and crafts wonders from his imagination alone. Don’t get me wrong, he’ll lose himself in the evil flatscreen as well, but he has an unashamed creativity that every child should revel in.

For my son, toys are a fantastical freedom all of their own. 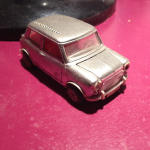 Writing this, I tried to remember my ‘iconic’ toy – that wistful fragment of childhood magic that has stayed with me into adulthood. I had various dolls-with-outfits (mostly a disappointment as I had no idea what to do with them), a boxful of cars (including a special silver-painted Mini which I still have on my shelves at home), and a pile of classic Seventies board games (Cluedo, Monopoly, Ratrace, you know the ones) that were my ‘big’ present each Christmas. But one thing? That’s hard.

But there was something. Not a big something, not an expensive something – not even a something that comes with a recognisable brand name. 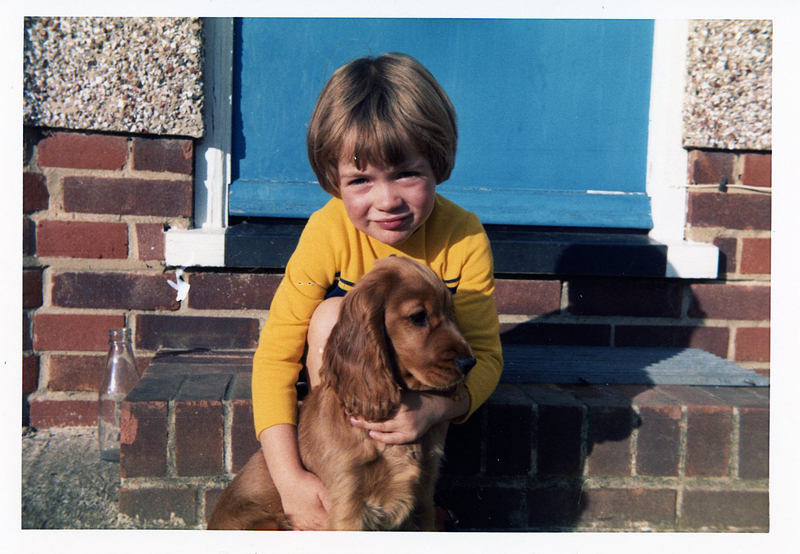 It was a box, a grocery box, probably from the local Sainsbury’s in East Grinstead where I grew up. It was lined with a rectangle of offcut carpet. It had windows in it, proper ones, with thin sheets of clear Perspex. It had doors. It was everything.

It was a house. It was a garage. It was a castle. It was a theatre. It was hospital, and a science lab, and a veterinary surgery, and a shop, and a school, and an alien spacecraft. It was a case for taking stuff round my friends, and a game to play when I got there. It provided the backdrop to a thousand thousand games of sheer imagination.

I have no idea what eventually happened to it – but that doesn’t actually matter.

Gia’s post talks about the magic of childhood, and that’s the thing that stayed with me – the dusting of sparkle that turned that box into worlds overflowing with opportunity. And when I see my son, making a heinous mess on the living room rug with a frenzied battle of droid battalions, tackling ramparts of Jenga with siege engines of LEGO…

In this time of screens and apps and games, where everything you can dream up is handed to you on an electronic plate… 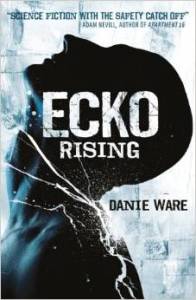 Hold to the magic of your childhood, and keep dreaming.

You can follow Danie on Twitter, or find out more about her at danieware.com. You can buy her first book ‘Ecko Rising’ at Amazon.