David Bradley has been writing about sciencey stuff for a quarter of a century and is the author of ‘Deceived Wisdom‘, a book about how everything you know is wrong. In this guest post, David tells us about his fascination with the Rubik’s Cube and demonstrates his uncanny toy juggling ability. 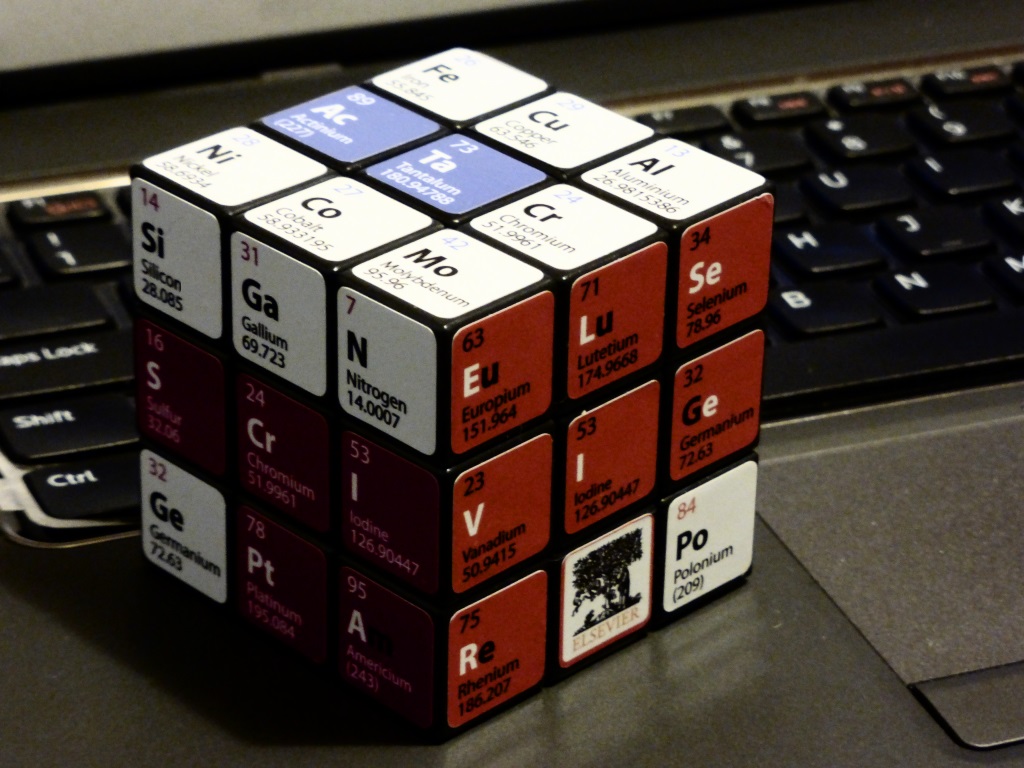 If I remember rightly, the Rubik’s Cube puzzle was our fascination during the long school summer holidays of 1980. My friends and I used to scrabble to unscramble the coloured squares and be first to get all the faces with their “solved” uniform colour. I don’t think any of us actually worked out how to do it from scratch but we all learned the little cubic shuffles that you carried out to make first the top face, then the second row and finally complete it. Once you had it done, you could apply a few extra symmetrical twists to make chequerboards, crosses and striped patterns to impress and confuse parents.

Needless to say as a fledgling ubergeek, it was all in the timing for me and my mates. One friend, Phil, rattled his way through the puzzle again and again until he could complete it from totally scrambled to solved in 42 seconds. We timed him. My own personal best was 46 seconds, but almost 34 years later I can barely get the first face done in that time and the second row takes another 30 minutes. My addled middle-aged brain cannot reinvigorate the muscle memory sufficiently to let me complete the final face.

Intriguingly, the team at Materials Today magazine had some Periodic Table Rubik’s Cubes for promotional purposes and just last week mailed me three in a padded envelope…the idea being that I could perhaps juggle them while solving the puzzles. That might be stretching it a little. Another friend taught me to juggle much later in life – I think I was in my mid-30s and I can just about keep the three cubes in the air, but I still cannot nudge them past that second row..