As a long-time lover of toys and an avid, albeit frugal, collector I have amassed quite a hodgepodge of plush, plastic and die-cast metal. Each one of these treasures speaks to me on varying levels, some hold deep rooted memories whilst others simply look cool. Over the coming weeks I would like to give you a glimpse into my collection and share these toy stories with you.

To begin with, I’m going to start at the beginning… 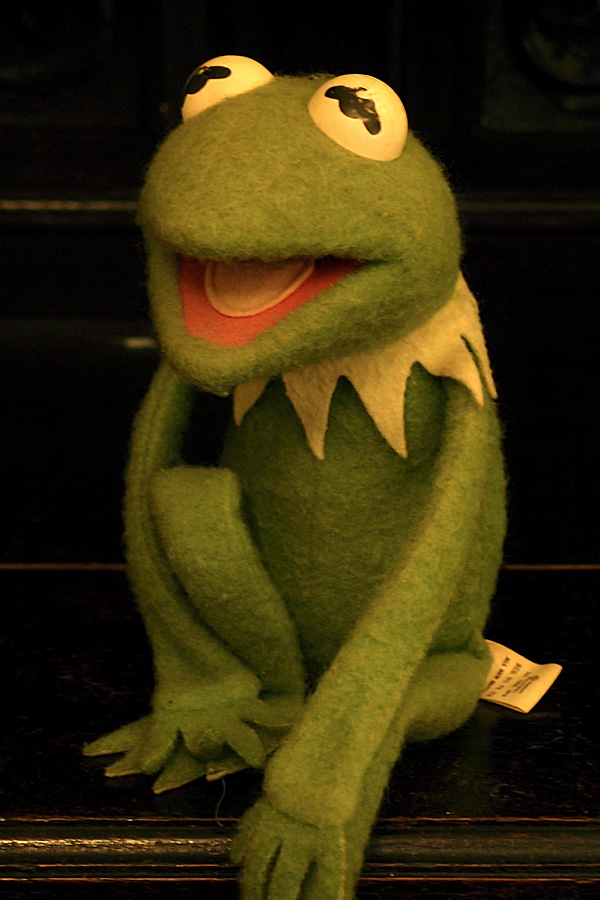 My earliest toy memory concerns puppets, specifically the long-suffering stage manager of the Muppet Theatre. Produced in 1977 by Fisher-Price, Kermit has been with me for over 35 years and despite the packaging being long gone has survived remarkably well with only a few minor scuffs. His coarse, hard material skin would seem more at home wrapped around a soldier desperately trying to stay warm in the forests of the Ardennes and his velcro extremities have provided endless hours of posing fun.

Kermit comes from an era in toys when likeness was deemed a priority and is a remarkably accurate representation of the original puppet, surpassing almost all of the more modern pretenders with only one exception. Released in 2006, the Master Replicas Kermit The Frog was a limited edition puppet produced using the actual patterns and materials used by the Muppet Workshop themselves and remains on my wish-list to this day should anyone be looking for a gift.

Despite the odd few years spent slumbering in a box he has sat on my shelves reminding me of times long past for almost four decades, but these memories have not always been happy ones.

As a physical representation of the mind of arguably one of the greatest puppeteers in the modern era, Kermit has always stirred up inside me melancholic thoughts of how little I have achieved creatively in my own life compared to Jim Henson. He is also a constant reminder of a longing to find that most wonderful of situations where you can spend your days with a group of like-minded crackpots creating greatness in whatever forms it might take.

I remember the day I heard of Jim’s death and how much of an impact it made upon me. To be so harshly informed that you would never have the opportunity to meet someone who had been a source of inspiration was heart-breaking. At times in my life I had dreamed of becoming a puppeteer and to have the opportunity to work with the Muppets, but now the person with whom I had felt such an affinity had been taken away. And taken away much too soon… 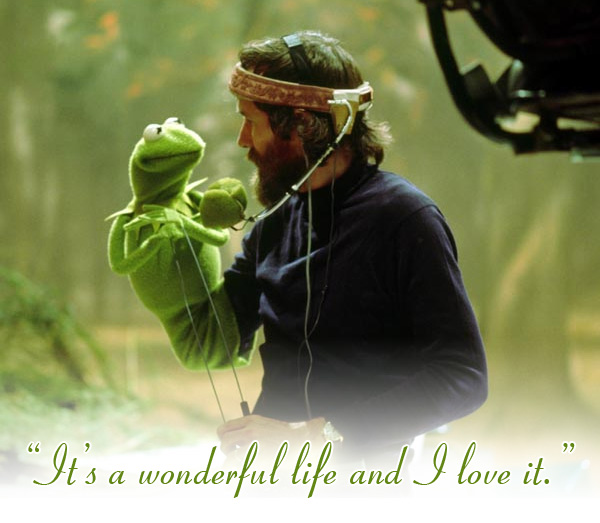