Jon (@jonculshaw) is one of our most loved impressionists and comedians. Best known for his ability to transport those of us of a certain age back to our childhoods with his Tom Baker impression, Jon is also a huge fan of that particular decade’s automobiles, owning a Ford Mk3 Cortina and gorgeous Mk1 Granada Coupe. In his story, Jon recalls a time when ‘apps’ still existed in the real world. 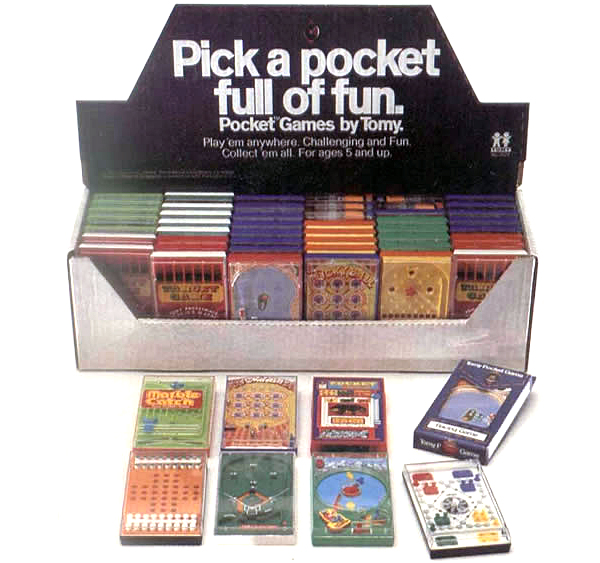 What a charming memory of childhood Pocketeers are. From around 1978, Pocketeers were quite my favourite thing. Toys that occupied my childhood occurred in phases like prehistoric periods. 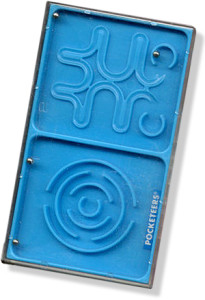 My Triassic Period had Sticklebricks, and the Lego ‘Petrol Station’. Aged 7, I advanced to my Jurassic Period of toy choice taking in Doctor Who action figures and Aurora clip together dinosaurs. I had the Allosaurus, Giant Woolly Mammoth, Styrackosaurus and Triceratops. Being a typical 7 year old, I’d make them fight. Triceratops always beat Allosaurus as did the Mammoth in a style of combat similar to Big Daddy and Giant Haystacks in the golden age of ITV wrestling. Around aged ten in 1978, this was my Pocketerian era.

What delightfully ingenious devices Pocketeers were. I remember my first Pocketeer, a simple sky blue plastic oblong containing 2 mazes and swirly tracks along which to skilfully steer the peppercorn sized ball bearing into the correct divot.

Other Pocketeers had greater complexity. The Grand Prix Pocketeer featured four tenacious mini racing cars. They raced like primary coloured scrabbling bacteriums circling their track about the size of a Jaffa cake.

Steeple Chase was a splendidly sophisticated Pocketeer, perhaps the most technically impressive of them all. With ball bearing tracks, tunnels, roundabouts, bridges, turnstiles, chicanes and escalators, it was similar to the board game ‘Moustrap’ having gone through a shrinking machine.

Pocketeers tested strategy, skill and perseverance. They hummed and buzzed as the various springs, gears and cogs emitted a mechanical fizzing sound as they operated. Pocketeers were the precursor to Sonic the Hedgehog leaping around picking off shimmering score building thingettes. Pocketeers, to my mind, were the first ‘Apps’ working with the beautiful precision of Victorian automatons. Proto­apps with great collectibility and keeping you sharp and amused in the real world, not dead­eyed gawping at a screen.