Paul has been working with images since 1991. As an accomplished editor and retoucher, working with publications from the London Evening Standard to the Economist, Paul developed an eye for creating memorable images. As a photographer, his work has been exhibited and published internationally. In his story, Paul shares his love for a grey, rubber rat. 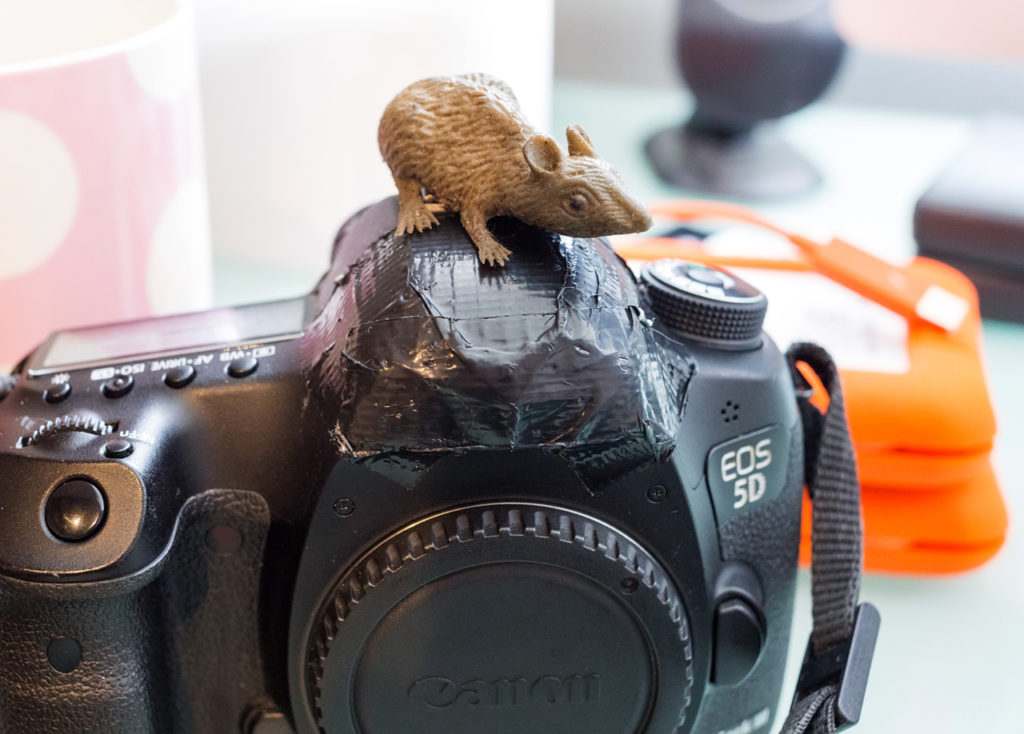 From all the toys of my childhood, only one is still with me today. Not the amazing Raleigh Arena racing bike, nor the hand-held Space Invaders (so basic you just aimed one flashing LED at a couple of other LEDs until something beeped). I loved those so much, and many more that come to mind, but Ratty is the only one that made it through.

I was 7, on the first trip to see my cousins in Canada: a HUGE adventure that I can still remember in every detail. We visited this enormous thing called a mall – I’d never seen anything like it – and in a toyshop there I found Ratty.

He cost one shiny Canadian quarter; I remember that. It was all I had, but he was all I needed.

A grey, rubber rat, not much on the eye, but he was mine. I knew his smell so well; I still do. He’s in a box under my desk now – today he’s come out to play, and have his photo taken. He lost his tail pretty quickly, and he’s a little bit sticky now as the rubber has aged. And a bit brown. None of that matters.

He was my friend in a faraway place – someone to talk to at night in the dark, someone to squeeze (did I discover “stress rats” decades before they became fashionable corporate giveaways?). I reckon he’s soaked up more than his share of cares over the years, but he’s never complained.

He’s Ratty, and I’d be heartbroken if I lost him.