Having previously set up UsVsTh3m and Ampp3d for the Daily Mirror, Martin Belam now works for the Guardian as Social & New Formats Editor. In his story, Martin shares an early experience of impostor syndrome. 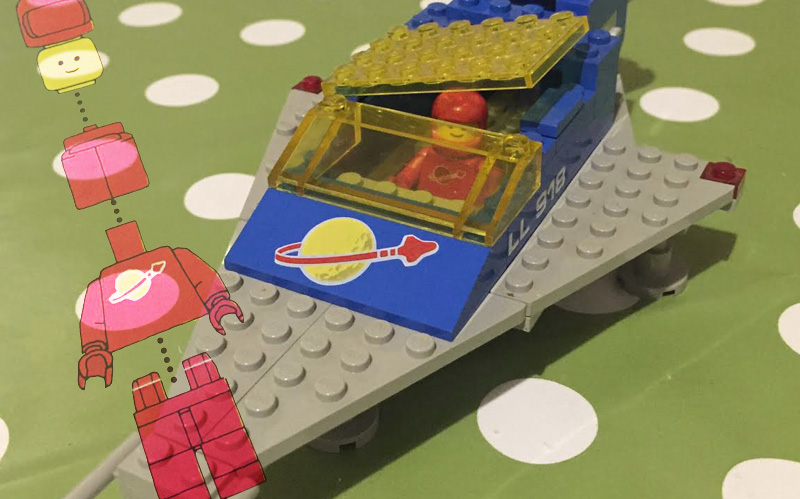 I absolutely loved the Benny the Spaceman character in The Lego Movie, not least of which for the attention to detail where his helmet is split in exactly the place that the 70s and 80s space Lego minifigs used to crack.

And I used to have a ton of them. The first bit of space-themed Lego I ever got was the LL918 “Space Transport”. It came out in 1978 as one of the first releases in the classic space style. It was big enough to carry one red spaceman minifig, and I absolutely adored it. 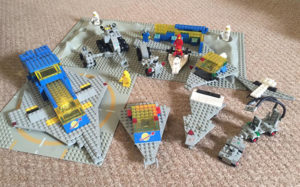 Over the next few years, judging by the amount I had, I think I must have been given at least one box of space Lego at every birthday and Christmas. And possibly used up some of my pocket money as well.

But there’s one memory that goes with this particular little vehicle.

When I was in, I think, the equivalent of what would now be called Year Four, I took it into class. I don’t know why. Maybe it was a day we were told to bring toys. Maybe it was one of those days when, for whatever reason, your child is just clinging to a toy and refusing to leave the house without it and, as I sometimes do with my kids now, my mum just said “Fine. Whatever. Take the toy. But if you lose it, it’s your fault.”

My teacher was a Mrs Ecclestone. We called her Mrs Freckle Bum behind her back. I think she was about one year away from retiring when she was teaching me, quite an old-fashioned sort of teacher even in the 70s, one that you could imagine appearing in an Enid Blyton book.

As we were queuing up to go to morning assembly on the day I’d taken it in, she saw me with the Lego model, thought it was amazing, and wanted me to stand up and talk about it during assembly.

Not because of stage fright. But because in my 7 or 8 year old mind, I thought that she must have thought that I’d made the whole design up from scratch, not just put it together from a box with all the right bits and some instructions. I was terrified that the big kids would laugh at me. I managed to wangle my way out of doing it – crisis averted. But the memory has stuck with me – the horror that I might have to stand up and make a fool of myself in front of the whole school with my Lego spaceship. 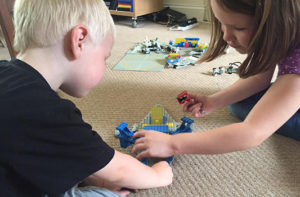 Many years later I’ve been reunited with it.

For a long time my parents have had my vast childhood Lego empire tucked away in their house, brought out when grand-children visit. But as part of a clear-out they’ve recently handed it over to us. To my delight, I’ve still got some of the original instruction manuals. I ended up with a mass of space Lego, and have gradually set about rebuilding it. Where I haven’t got the instructions, thankfully, nearly forty years later, the internet has arrived, and I can download PDFs of the catalogues, identify the models I used to have, and get the instructions to recreate them.

I haven’t quite managed to completely restore the LL918. There’s a couple of bricks which I haven’t found yet in the huge rummage through all the Lego I used to have growing up, but it’s as near as dammit. And there’s now a new generation playing with the LL918, the first Lego spaceship I ever owned, and all the other spaceships and rockets that I spent so long playing with myself as a child.