In an update to his previous toy story, author, illustrator, speaker, Blue Peter badge winner and ‘QI’ Elf Stevyn Colgan takes a giant leap into the future and shares his views on the new Viewmaster VR. 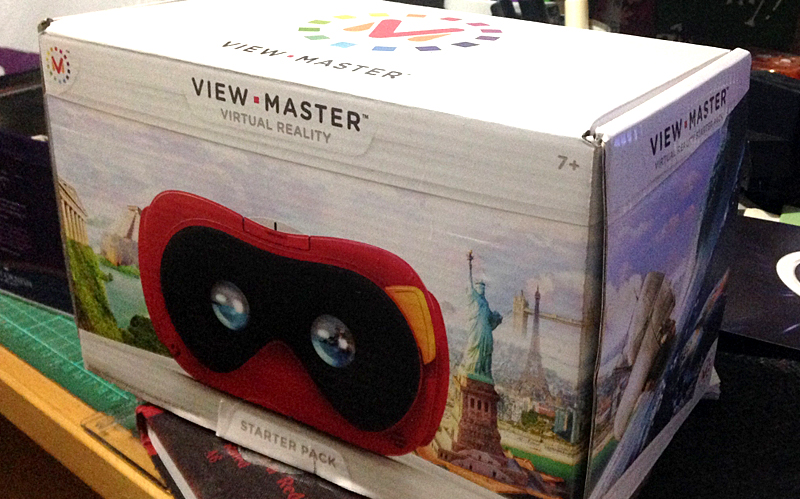 A little while ago, Viewmaster took a huge leap into the future with the release of the Viewmaster VR. You won’t be surprised to hear that I pre-ordered mine and it arrived on the day of release.

The first thing that strikes you is the size. It’s a monster. But I like the fact that the VR still looks like a traditional Viewmaster with the dual eyepieces, the familiar lever where you’d expect it to be, and even a nice nod to the past in that the catch on top of the viewer looks like one of the traditional cardboard ‘reels’ in place. But appearance is all the VR shares with the classic machines. Flip the catch and the whole body opens up (which brings Viewmaster full circle really as the very first Model A and Model B had a similar ‘clamshell’ design). Inside you’ll find a cradle in which to place your smartphone. Then you download an app or two and away you go. 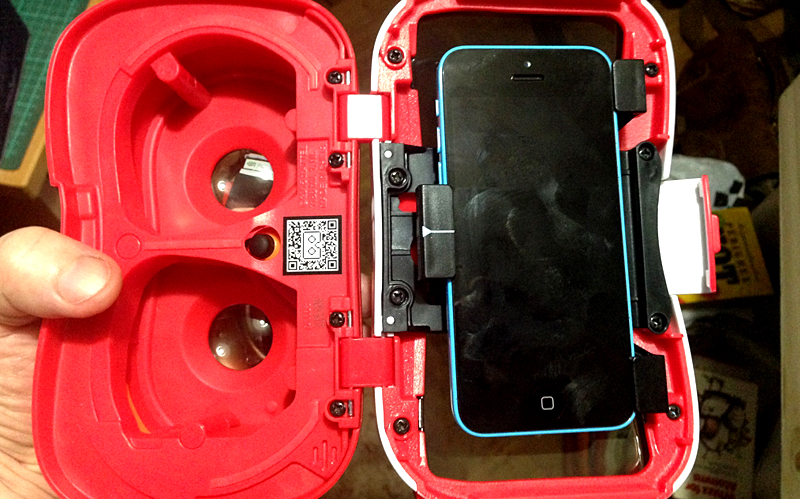 Obviously I can’t show you what the 3D looks like; all I can do is make some ‘WOW!’ noise and present you with some screenshots from my phone. The lunar module screenshots in particular give you some idea of what you see as you move your head around. It’s quite fascinating looking at a vehicle from all angles. Just one word of warning – make sure you’re not near anything that you might collide with. My grandson was so impressed that he looked down the length of a Saturn V rocket and banged his head on a table.

The VR is a giant leap forward from the static reels that we’ve used for the past 80 years and, at £10.99, the apps are a bit pricey (and there are only three available currently). But you do get quite a lot of bang for your buck and, if you don’t fancy shelling out for the VR viewer itself, the apps work with Google cardboard and other compatible viewers.

A little part of me died when the VR arrived and I tried it out for the first time. For me, it will never replace the charm of the original reel viewers. But it is a lot of fun and, hopefully, it will entice a whole new generation into the wonderful 3D word of the Viewmaster.

To pledge towards Stevyn’s new book ‘A Murder To Die For’, a darkly comic farce about a murder that takes place at a literary crime festival, visit Unbound