Mo gets paid for chasing after inconsequential facts and looking at pictures. But in this guest post she tells us about a special present from her father that avoided gender stereotypes. 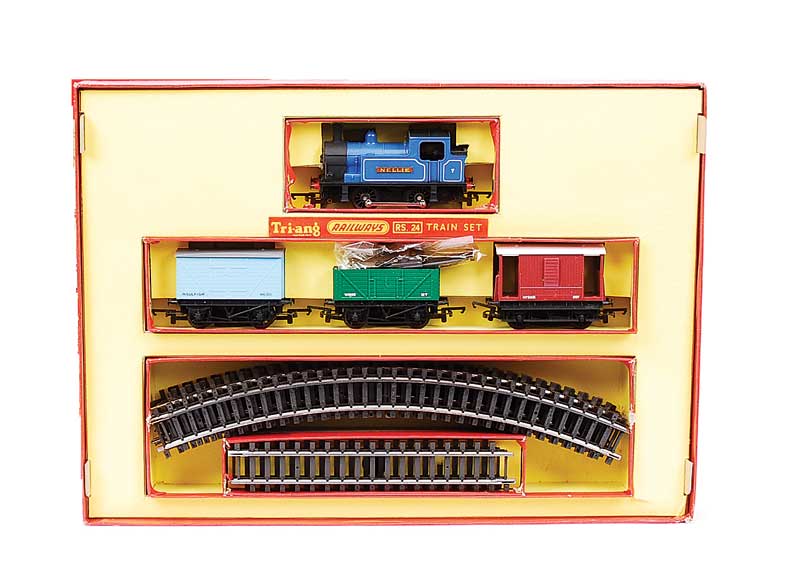 When I was about 7 my Dad decided to go and get both me and my brother special presents. It wasn’t Christmas or our birthdays, I think he had had a bonus or something because there was never usually any spare money. He went to a big toyshop in town to get us a treat.

My brother was easy – Scalextric. Ian was 9 and car mad and that was the new must-have toy. But for me he struggled. I had dolls and a dolls’ house but my favourite things were building blocks and books. All the “girls” toys were boring: ironing boards, cookers and dolls that wet themselves. He told me many years later that it made him sad that that was all that was on offer, an image of a domestic future.

So he took a chance and bought me a train set. I still remember opening the parcel. My first thought was “This isn’t for me, it’s a boy’s toy, I hope Ian lets me play with it sometimes” But when I realised it really was for me I was so excited. We set it up right there and then on the living room floor next to the Scalextric.

It wasn’t much to begin with – a single circuit with one locomotive and a few trucks but over time I got more track and accessories.

It became the centrepiece of many games – the train would carry my little dolls around, passing by the dolls’ house and one of the first things I got for it was a bridge so the train could run over the nearby formula one (Scalextric) track. It never reached the level of a permanent layout or became an obsession like it does for some (no, I never became a train spotter) but I loved that train set. And even more I love that my Dad didn’t pay any attention to gender stereotypes and got me something he thought I would enjoy.