Simon Guerrero works in I.T. The least said about that, the better. He occasionally does a bit of writing and drinks rather too much coffee. He likes poetry, cars, computer games and short, strong women. He tweets as @fiatpanda. In this guest post he tells us about love, loss, guilt, shame and a familiar BEEP BEEP BEEP. 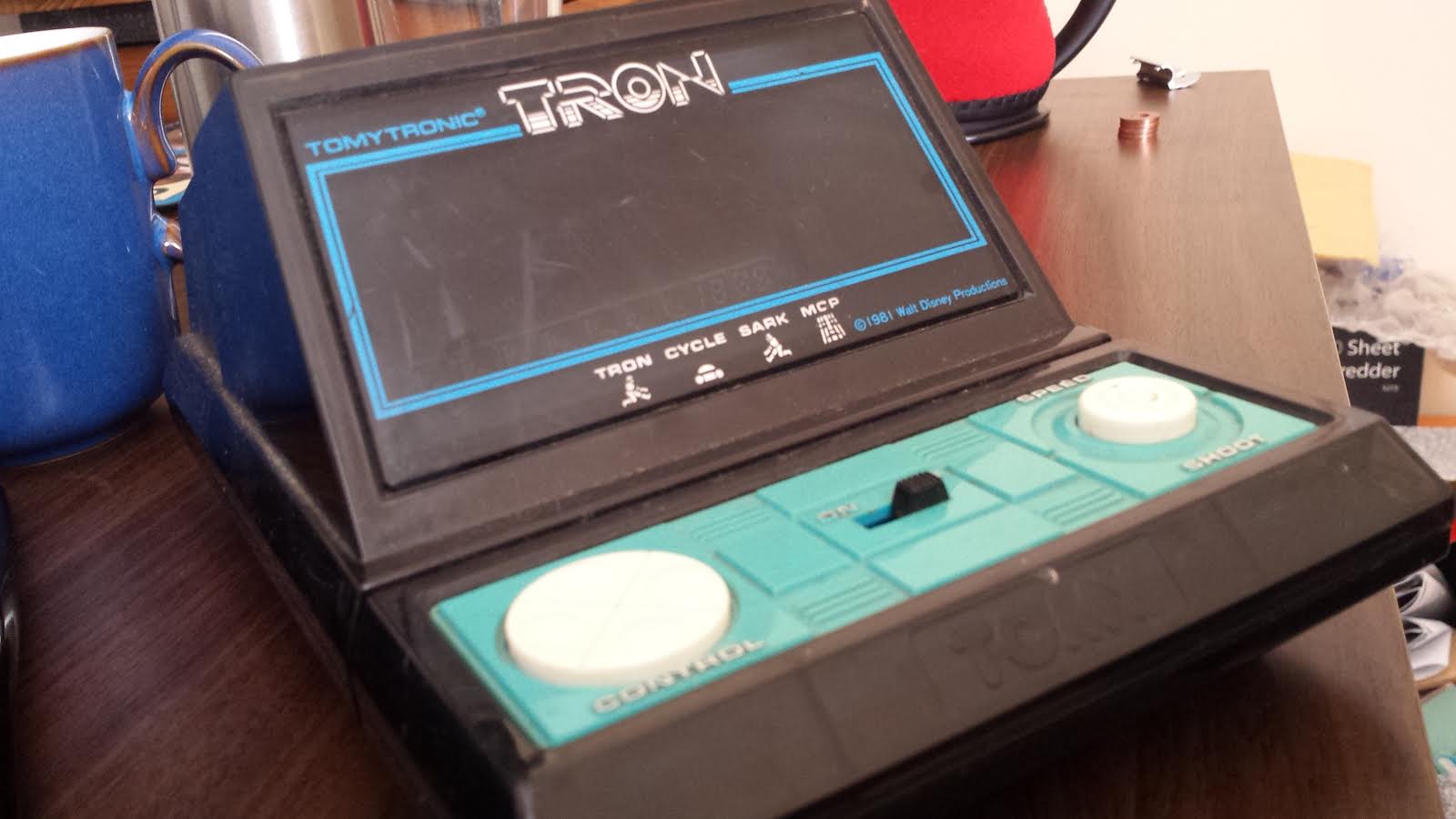 I am forty-four years old. On my desk, I have an original 1981 TomyTronic TRON game.

I was eleven years old and giddy with excitement. Eight thirty in the morning, and I was already queueing up outside Barry Cogan Electricals in Haltwhistle, Northumberland on sale day. I could see it in the window, and it was half price.

You could play three different games: Light Cycles, the Ring Game and Destroy The MCP. I was shaking with excitement. The memory of waiting outside that shop is as vivid now, more than thirty years later, as then. I don’t even remember going into the shop, buying the game, taking it home, unpacking it or even the first time I played. Just the pit-of-the-stomach excitement and the sharp air.

The weight of passing time does strange things with memories. Some fade and some change; others grow more dense with meaning. And so with this one. I remember, for instance, that I was there with my father. My mother was at home.

My mother was at home making arrangements for the funeral of my great aunt, who had lived with us for as long as I remember, housebound and shut away in her room. My mother had cared full time for her at the same time as bringing up three boys.

I remember more: my great aunt had died the day before. I don’t remember being told, but I’ve realised since then that my mother must have found her dead in the morning, when she brought her breakfast. And yet at the time, none of this mattered as much as me going to get my new toy.

I remember thinking my mother could get a bit more rest, now that Auntie had gone. Maybe she wouldn’t have to be up at six thirty, hollow-eyed and drawn, clattering the plates and pots downstairs. But two weeks later, when Auntie’s name was read out in church, I saw a single tear trail down her cheek and drop onto her prayer book.

I managed a high score of 11795. I know this, because it’s etched into the silver label on the base in childish handwriting, still unbeaten.

I am eleven years old. I am forty-four years old. And in between, there is love and loss and guilt and shame.

I slide the switch to ON, and hear the familiar BEEP BEEP BEEP and see the cascade of yellow lights across the screen.