When not building dens in the woods Christian Payne aka @Documentally earns a living as a creative technologist. In this guest post he tells us about adventurer, secret agent, super hero and bedtime buddy ‘General Jiffy’, his first and last childhood toy. 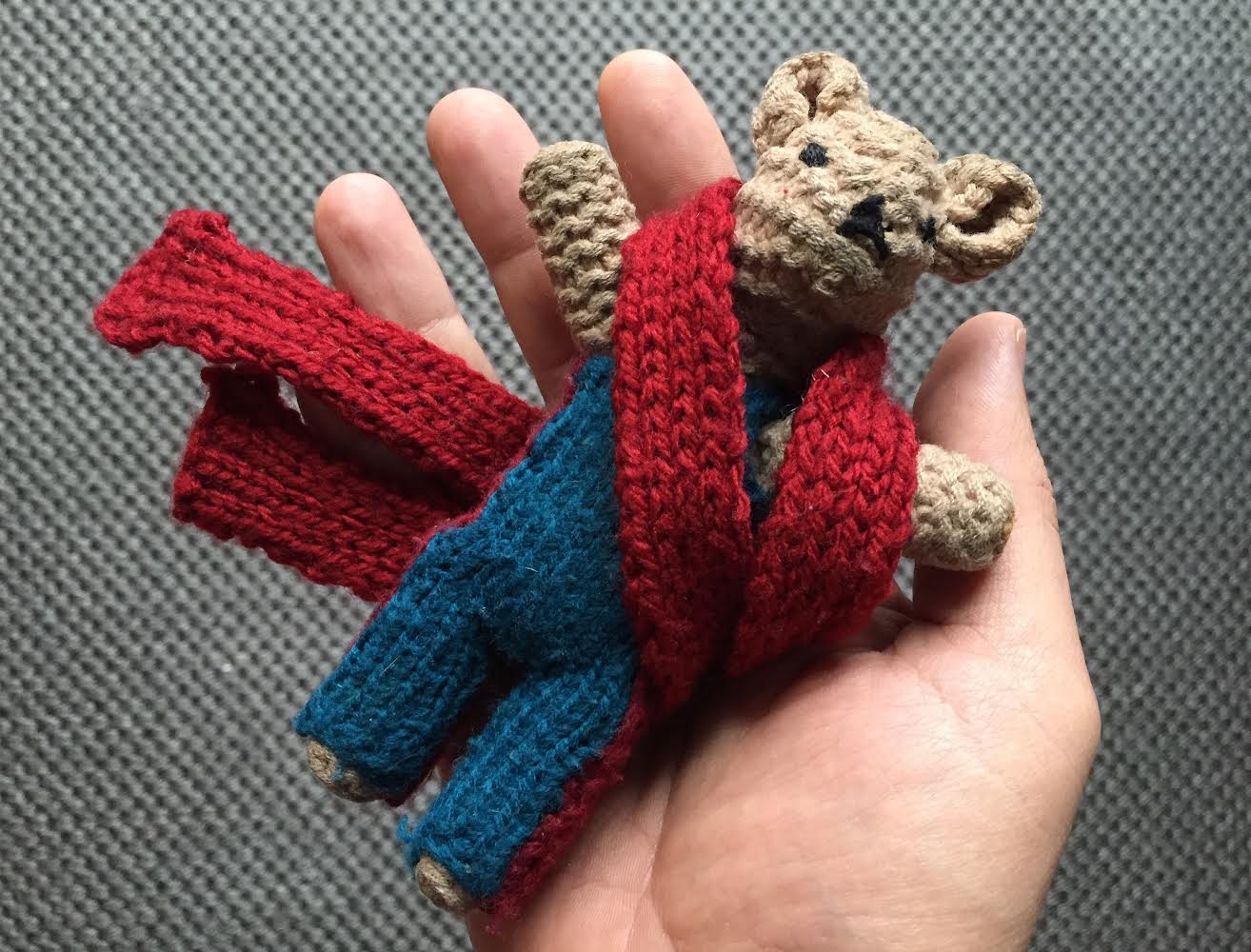 This is General Jiffy. Or it could be General Giffy. I have no idea how it’s spelt as I’ve never had cause to write his name before now.

Adventurer, secret agent, super hero, bedtime buddy. He has spent the last thirty four years of his retirement as the guardian of various sock draws. Only to see the light of day when a blind fumble brings him toward a knowing smile in a moments recognition. And then he returns to the darkness.

He must be at least forty two now as I think he was my first toy. My first bear. Unless he’s a mouse. In fact I can’t imagine he even got a name till he was at least four years old. And that name only came to light when I quizzed my eighty nine year old Grandmother about him. I only remember his secret agent name… Super Ted.

He could fly, jump, kick and with the help of his extra long scarf, swing like Tarzan between any two objects. He was just as happy helping Luke defeat Vader as he was riding cars down slides. He was a fighter not a talker. He never ever spoke. He doesn’t have a mouth.

Once lost in a box under books, he was rescued only to find he had suffered a crushing injury to his face. It was never the same shape again but he wore his wound with pride. Just as he did the burn on his left paw. Suffered when he touched the cooker ring at my Gran’s house to see if it was as hot as stated. He really is a survivor. My first and last childhood toy.

His origin story is a bit of a blur. He was made by my Godmother Ulyana. She died young. His clothes and scarf were knitted by my Mother. She has gone too.

Only my Grandmother holds the story of his early years and alzheimer’s is looking after those secrets.

If only he could talk.